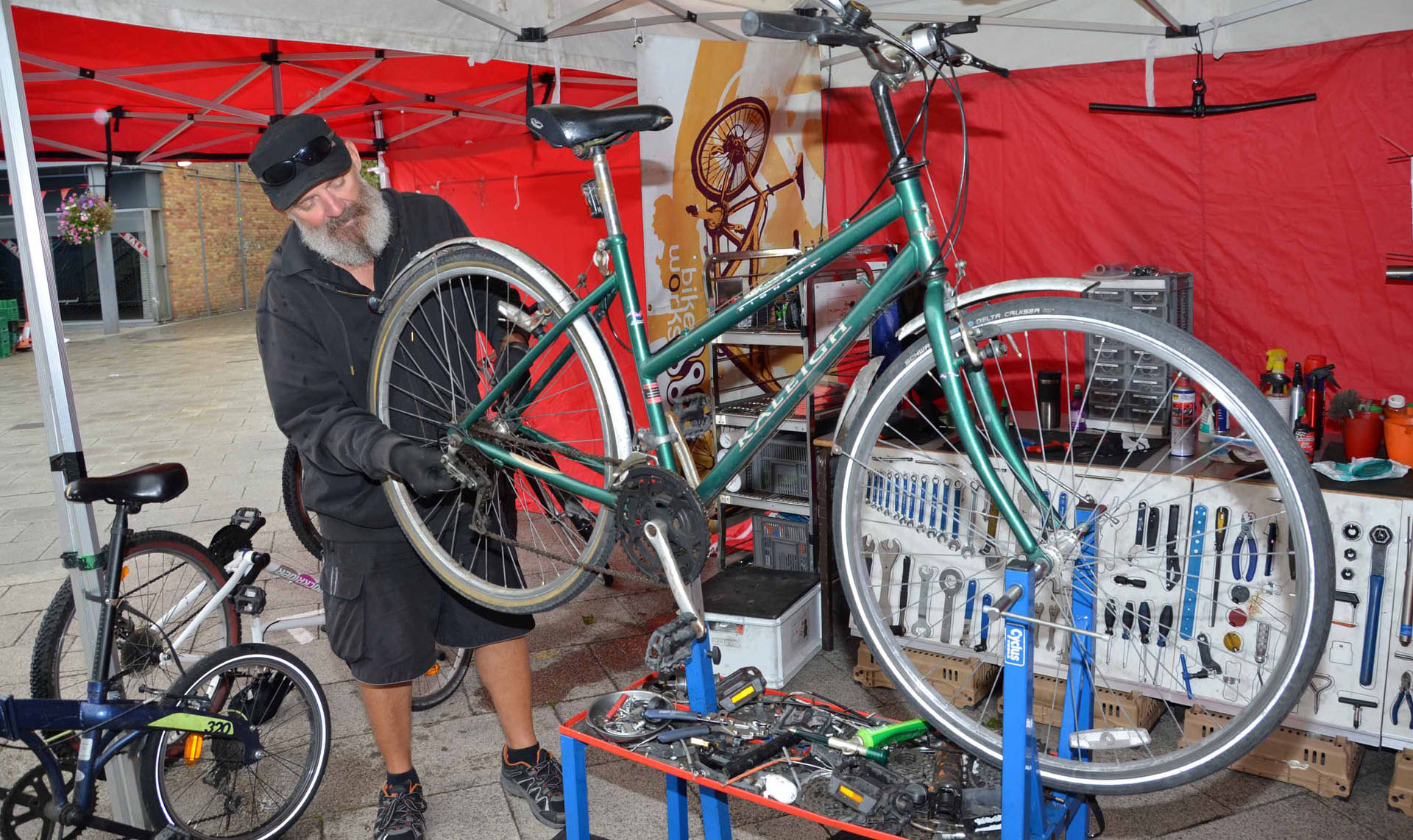 Jim (57) is from the Old Kent Road, and had looked after his elderly mum for many years. He was a full-time minibus driver for special needs children for 20 years, but was devastated when, due to a debilitating skin condition, he had to give it up and take part-time work instead. This had a massive impact on his circumstances – it halved his income, his worsening health reduced his ability to care for his mum, and on his worse days, his wife, Rose, had to become his part-time carer. Now Jim and Rose both had reduced incomes, and paying the bills had become very difficult and they got into debt. They could see no way out.

Jim and Rose came to Big Local Works via a local partner. They thought that benefits were only for people with no work – but we explained to him that there were several in-work benefits that could make a huge difference to Jim. We also discovered that Rose was eligible for other benefits including carers’ allowance. We helped them make applications – but this was only the beginning of the journey.

The DWP initially rejected their claim, without giving any real reason. Jim and Rose were bewildered, worried about ‘saying the wrong thing,’ put off by complex terminology, and wanted to give up, but we told them we would be there every step of the way, and to help them see an arduous and confusing process which is designed to prevent them receiving their entitlements. Over a complex six month process, we gave them the close 1 to 1 support they needed including helping them through a tribunal, and multiple stages of an appeals process. After six months, we secured daily living rate Personal Independence Payments for Jim, Carer’s Allowance for Rose, and a backdated payment of £4,000 which allowed them to clear the debts they had built up due to their reduced income.

Jim and Rose could hardly believe it. They told us that without BLW’s support, they would never have understood their entitlements, and never have had the confidence or knowledge to challenge arbitrary decisions that had a huge impact on their financial, and physical/ mental wellbeing.

Lynda (42) had a very traumatic young adulthood, leaving her with a potentially life-limiting health condition, and serious mental illness. Domestic violence over the last year had made her mental and physical health much worse, and her financial situation was dire. She had now become a recluse, and was unable to trust anyone. Lynda had started to attend meetings of London Unemployed Strategies, which provides peer-support for people on benefits who need somewhere to talk, but her social anxiety and mental health problems had made it almost impossible for her to speak. She needed someone with the patience to sit with her face to face and find out her needs over time, to help her feel safe.

The DWP were insisting that Lynda attended assessments, clinics, and various work-related activities. With her mental health problems, she would either attend and be unable to participate (and indeed, even the facilitators had told her that she should not have to attend given her condition) or be unable to attend, and face sanctions. We discovered that Lynda had been placed in the wrong ‘group’ for benefits support, meaning that she was expected to look for work when she was clearly unable to. This had reduced her entitlements by half and made her anxiety levels unbearable.

We helped her appeal the classification, and with our help, she now has a little more money – but most importantly for her, she is no longer living in fear of being called to activities that her mental health makes impossible for her. She now has the time to recover her mental and physical health under less financial and emotional pressure.

Placed in the wrong group of Employment and Support Allowance

Ms S was signposted to me by a support worker from South London Maudsley Hospital. Ms S was struggling to meet her daily expenditure needs and is a full-time carer for her daughter who has severe mental health problems. Ms S wanted to apply to Southwark Council for an Emergency Hardship Fund as she was finding impossible to replace household white goods and beds.

It was appropriate to carry out a benefit assessment to see if Ms S was in receipt of the right benefits. In that time Ms S has been in receipt of Employment and Support Allowance (ESA) and was transitioned on to this benefit from Incapacity Benefit around 10 years ago. When this transition took place, Ms S was placed in the contributory based ESA group, this group is for those who have been in work for 2 or more years and who have paid income tax and are out work due to ill health, this can be temporary or permanent.

Due to Ms S having always been in receipt of income-related benefits, she should have been transitioned on to the Income Related ESA group. Depending on the group a person is placed, they could be entitled to additional premiums, in Ms S’s case, she was losing these premiums due to being in the wrong group. We were able to make contact with the Department for Work and Pensions (DWP), and expressed our concern that this had happened.

The DWP sent out a form, which we were able to fill out together and send off. In less than 5 weeks, Ms S received 5 cheques payments into her bank account to the amount of £23,000, which was owed to her.

This money cannot be classed as savings or capital as it is money owed to her that she was surviving without.

Ms S was suffering from ill health, physical and mental health problems and I asked her if she has ever heard of Personal Independence Payment, a non-means tested benefit that assists people with disabilities and health-related issues. Ms S is now in receipt of the correct benefit amounts and is no longer struggling like she was before.